The burden of WW2 on personal and national history, which took place along the Czech and German border (former Sudetenland), strongly affected hearts and minds of people and later communities, as well as the landscape.

Expulsion of the German population from former Czechoslovakia after the end of the war resulted in devastation of the cultural landscape of this region. The landscape witnessed here breaking of numerous families, friendships, communities, villages, churches, historic trails, memorable crosses along the paths, stone monuments and many other intangible features of the landscape. Challenge for such places today is to find potentially suitable, tailor-made opportunities and solutions for the border landscapes. By focusing on all aspects of sustainable development, attention is devoted to new recommendations to start living a balanced, prosperous and happy lifestyle.

Memory and the Healing Power of Landscape, Peter Taylor 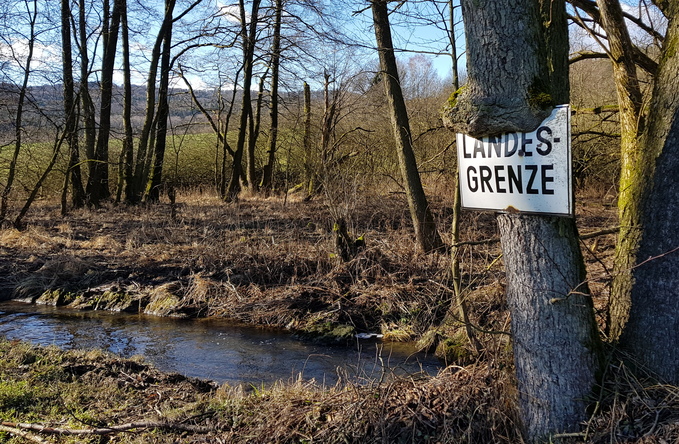 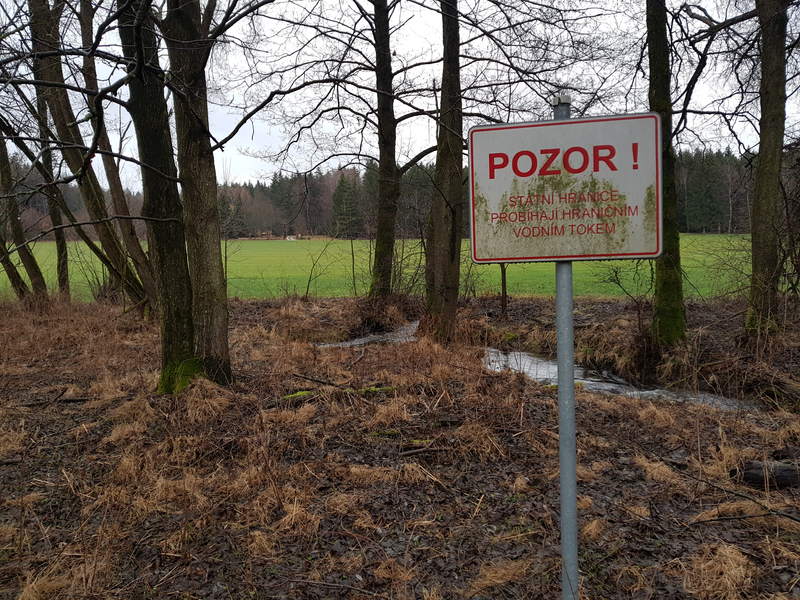 A former German settlement right on the border between the Czech Republic and Bavaria (Germany) consisted of 10 houses. By expulsion of the German population from former Czechoslovakia, Plassendorf is today also completely ruined. This tiny place looks like a green overgrown island in the sea of the agricultural land.
history of HofLind/ Plassendorf (in german)

“During the project I came to realize that Vyškovice, abandoned decades ago, is now standing on the edge of being forgotten and lost, still holding the traces and magic of centuries of man`s care and cultivation.

Since my first stay at Vyškovice I was repeatedly asking myself: Why Vyškovice and not any other of those many, many abandoned places around? Coming to know it — in bad and also in good weather, cleared off Heracleum giganteum — I fortunately found several features of the place I could like. And thus I could understand how people could live here for more than 800 years.

For me, it was crucial to find beauty at the place. I would not have been satisfied with the mere economical fact that it once was possible to make a living here. Although I certainly know, that the economical perspective is the society`s eye on matters, today and also during communisms – I would like to argue that without the perception of beauty, people would not stay and live at a place — although there might be certain factors forcing them to for some time.

In regard of Bohemia`s abandoned places, I would like to make the point that they are not exclusively constituting its wounds and scars, reminding of bad times. But they are also still places of beauty, worthy being remembered and waiting for being re-membered.

Remembering a place can only happen by the intimate experience of getting in touch and being touched. In this sense, getting to like a place — maybe even falling in love with it — also means discovering some discrete thing about oneself, means re-membering one's soul. However re-membering a place, integrating it, can only become sustainable on a social level. Discussing this conflict, I am curious to find people with curiosity in the matter of re-membering landscape and soul.”

With the book “Místa v srdci – Herzensorte” we would like to pass on a movement, which was transferred to us when we spoke to former and later locals of this border country a few years ago. The transmission could happen because we ourselves feel at home in this area. And because the stories were so personal, so charged and so true that sometimes they made us sit up and watch for an instant in an old world, the movement could jump over us. Thus we are sometimes startled by listening: about the terrible and how it happens, about the old time and the landscape of our childhood, which is lost to us, of which there are traces, of which one can tell and remember. In personal, historical, lyrical and theoretical texts, the book moves in the footsteps that have survived so well in this part of West Bohemia. The lyrics are kept short and they are helpful in helping them to read. The book is written in German and Czech languages.